It's with great regret that we have had to cancel this year's New Blades Show.

We like to thank the Holborn Studios for their understanding and all our amazing sponsors who had pledged their support for the show.

We will look into the possibility of showcasing this years graduates online.

It was a very busy show, with over 120 companies signing in.

A massive thank you to all our sponsors, all stepped up to the mark so we were able to deliver a considerably lower cost to the exhibitors.

Special mention has to go to Foster + Partners who not only made a major contribution, but also got their design team to overhaul the show brochure & offer their printing services.

Other major contributors were Leviathan Workshop and Make Architects.

We had 8 Universities/Colleges* and 120 model makers from all over the UK & Ireland bringing their exceptional work to the Holborn Studios.

The quality was exceptional this year. All industry award sponsors had a very difficult time choosing their winners.

Arts University Bournemouth were the big winners picking up 9 awards including Ollie Smither winning 'Best of Show' for his model of a VW Beetle with surfboards.

Fen Lindberg, from the University of Hertfordshire, won the ‘Best of Show runner up’ award for her magnificent giraffe.

Special mention has to go to Vicki O'connell who won the 'The Richard Gregory SFX Award' for her articulated White-backed vulture.

Richard was a close friend and colleague of award sponsor, Jamie Anderson (Anderson Entertainment) who wasn't available for the ceremony, but spent a good few hours choosing his award winners.

Lastly, we would like to thank the Holborn Studios for being excellent hosts. This creative space is under pressure from developers. We wish them all the best & hope they can secure their future.

All models from New Blades '19 can be found on our Flickr gallery.

BEST OF SHOW RUNNER UP

BEST USE OF CREATIVE MATERIALS

BEST FINISH ON A MODEL 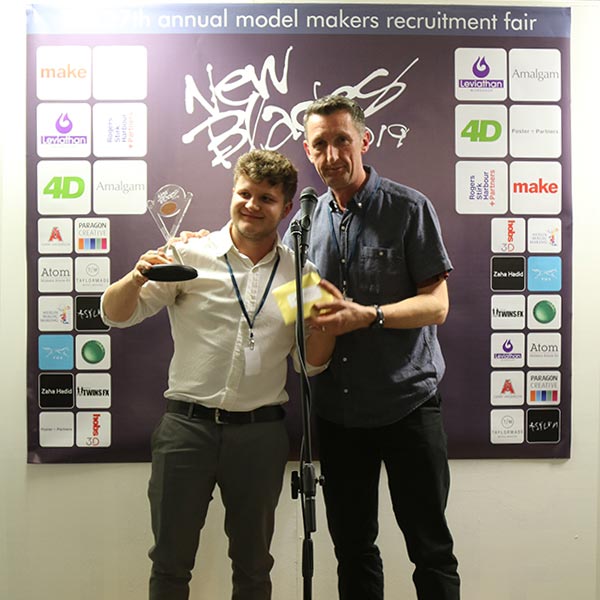 BEST USE OF NEW TECHNOLOGY 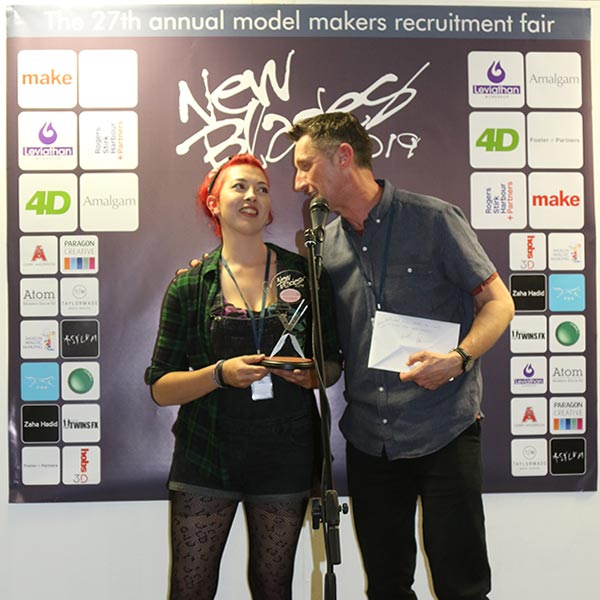 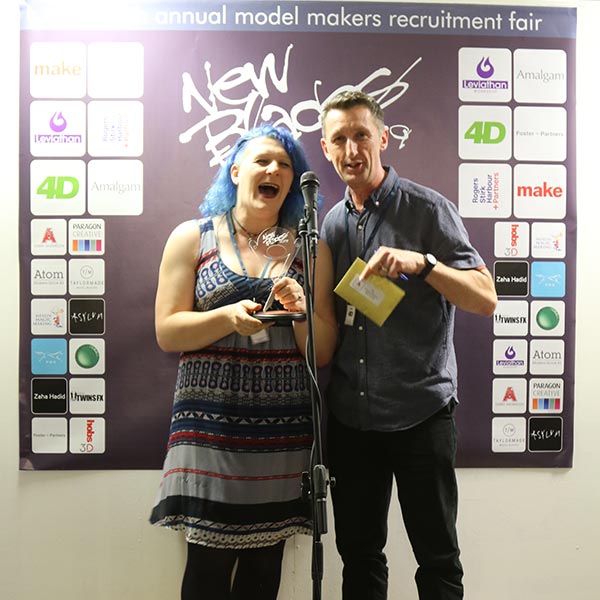 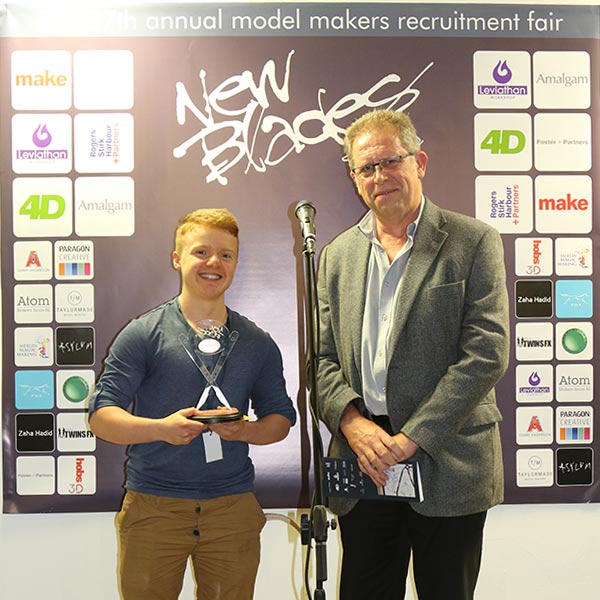 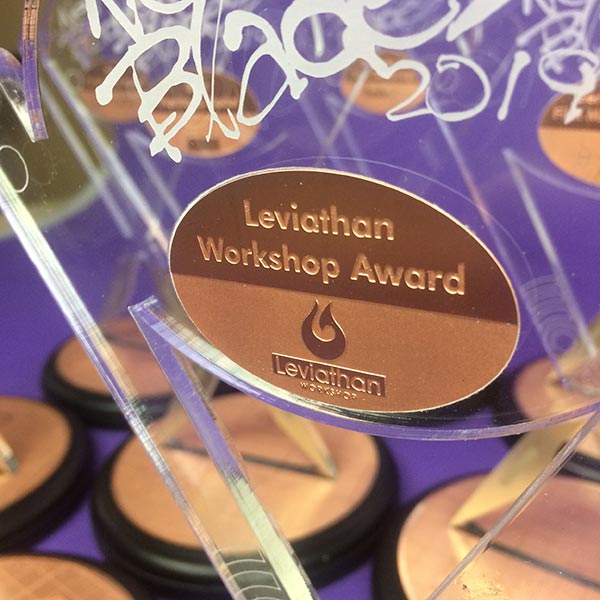